Is Afterpay Bad For My Credit Score? Here’s a Quick Overview

With Buy Now Pay Later (BNPL) platforms, especially Afterpay, becoming an increasingly popular payment option, we’re exploring the potential negative effects of Afterpay and addressing the question “is Afterpay bad for my credit score?”. Find out the answer below.

What is Buy Now Pay Later?

As the name suggests, BNPL platforms allow customers to buy an item now and pay it off later, typically in fortnightly instalments. These type of platforms are useful for people who want to make a big purchase but they might not be able to afford the full amount upfront. It gives them the opportunity to space out the cost over multiple pay periods.

Some of the most common BNPL platforms are Afterpay, Klarna, Zip Co (Zip Pay and Zip Money), Splitit, Sezzle and more.

BNPL platforms have really taken off in Australia, with Afterpay at the forefront of the movement. According to a recent report released by the Australian Securities and Investments Commission (ASIC), the total amount of credit extended under BNPL arrangements almost doubled from the 2017–18 financial year to the 2018–19 financial year.

Specifically, the November 2020 report outlined that as of June 2019, there were more than 6.1 million open BNPL accounts. This represents up to 30% of the Australian adult population.

Not only are a range of new competitors entering into the Australian landscape, but established licensed credit providers have started to offer a BNPL arrangement or alternative. This includes some of the largest banks in Australia – Commonwealth Bank of Australia, National Australia Bank (NAB) and Citigroup.

Say you want a dress for $400, an example of using a BNPL platform is you’d only have to make an initial payment of $100, and over the next 6 weeks, each fortnight you would need to make another payment of $100 until the whole amount has been paid off.

Many retailers now offer Afterpay, or similar BNPL platforms as a method of payment, as an alternative to paying with cash, debit or credit. Typically, all you need is an account via the app or website to make a transaction. This will be connected to a card or bank account, and the payments are commonly deducted automatically. You can also set up an account when you’re at the retailer, and once you’ve provided all your details, you will often get approval within seconds.

BNPL are similar to a loan, although they generally don’t come with interest, however, there can be fees associated with this kind of payment method, including late fees, overdraft fees from your bank, and interest if your account is connected to a credit card.

Afterpay is a company established here in Australia in 2015, which operates in Australia, Canada, the United Kingdom, the United States and New Zealand. It is one of the leading Buy Now Pay Later (BNPL) platforms, allowing shoppers to pay for items in instalments, instead of having to pay the full amount upfront.

What are the risks of Afterpay and BNPL?

Afterpay allows you to make interest-free instalment payments for your purchases. According to its website, you’ll only incur fees if your payments are late. Another perk of Afterpay is an “instant approval decision”, where you’re notified whether you’re approved within seconds.

Whilst this all sounds great, are there risks associated with Afterpay? The simple answer is yes, so let’s take a closer look.

Afterpay can be a great tool that allows customers to make larger purchases and break down the payments into more affordable instalments. However, one of the downsides of Afterpay and similar BNPL platforms, is that it can encourage impulse spending.

In fact, BNPL arrangements can actually make us spend more. Mel Browne, Author and Financial Wellness Advocate outlined the dangers of using Afterpay and similar services. As she outlined, the process of using cash causes the insular cortex of our brain to light up and it registers as pain. Credit cards and BNPL services don’t have this same effect, so we’re more likely to spend more.

Specifically, Browne argues that although there are dangers with credit cards, the risks are even greater with BNPL. She explains it like this: say you make a purchase of $100. This will be spread over 4 payments of $25. Your brain is likely to process this as only $25 – not $100.

Therefore, your brain registers less pain, and you’ll likely end up spending more. This could then lead to you overspending and struggling to make your repayments.

Whilst Afterpay doesn’t charge interest, there are late fees, which can end up costing you. As highlighted above, because of the psychology behind BNPL, you’re more likely to overspend and struggle to make your repayments. Therefore, there is a real risk of incurring late fees.

This was highlighted in ASIC’s report, which showed that 21% of BNPL users who were surveyed missed a payment in the last 12 months. For the 2018-2019, financial year missed payment fee revenue for the BNPL providers in the review exceeded $43 million. This was up by 38% from the previous year.

“One in five consumers surveyed told us that in the last 12 months they had missed or were late paying other bills in order to make their buy now pay later payments on time,” ASIC said in its report. “These consumers missed paying things such as household bills (44%), credit card payments (32%), and home mortgage payments (22%).”

3. You can’t choose your payment schedule

Another downside of Afterpay and other BNPL platforms is that you typically can’t choose when your payments come out. This can increase your risk of overdraft, and incurring late fees from your bank.

4. It can harm your chances of being accepted for a loan

Lending requirements have become a lot more strict in recent years in Australia. Because of this, anecdotes have surfaced of people being rejected for home loans and other types of finance because they had Afterpay or they spent too much money on Uber Eats.

When it comes to Afterpay, lenders still look at this as a line of credit, because you’re borrowing money that you don’t have. If you rely on Afterpay for a lot of expenses, then this indicates to lenders that you’re not responsible with your finances.

Even if you don’t rely on Afterpay that much, lenders will still take a look at your BNPL spending habits, along with your other debts, to deem how risky of a borrower you are.

Is Afterpay bad for my credit score?

Let’s get stuck into the next question – is Afterpay bad for my credit score? Here’s what Afterpay has to say about it:

However, it is worth highlighting, that Afterpay’s Terms & Conditions do give it the authority to perform credit checks and also allow it to report “any negative activity on your Afterpay Account (including late payments, missed payments, defaults or chargebacks) to credit reporting agencies”.

So what does this mean? In answer to the question “is Afterpay bad for my credit score” – basically, Afterpay doesn’t typically report your late payments or perform credit checks, but that doesn’t mean it won’t. That’s something to keep in mind when considering whether to start using Afterpay.

Want to know what is a good credit score? Here’s an overview of how Equifax and Experian categorise their credit scores:

The verdict: is afterpay bad for my credit score?

To sum up, is Afterpay bad for my credit score? Not directly, but there are still a few things you should keep an eye out for. In particular, you should be wary of overspending.

If you can’t meet your repayments on time, and that causes you to default on other payments – like your credit card or loan repayments, then that will hurt your credit score and leave a black mark on your credit history.

While we at Tippla will always do our best to provide you with the information you need to financially thrive, it’s important to note that we’re not debt counsellors, nor do we provide financial advice. Be sure to speak to your financial services professional before making any decisions. 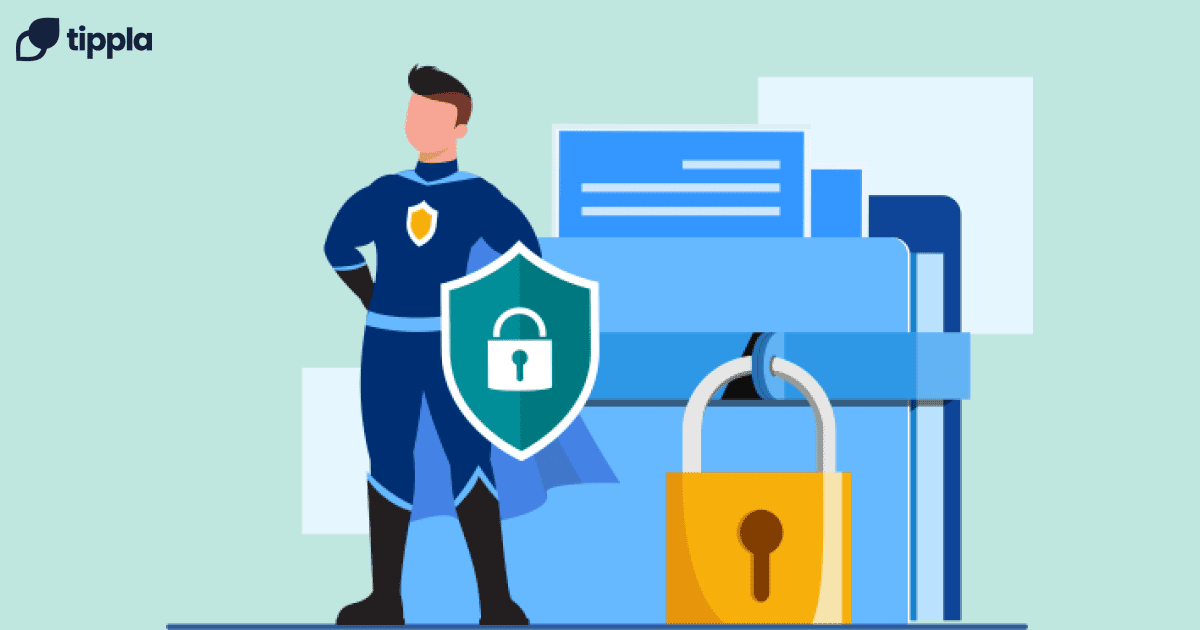 How to Prevent Mistakes on Your Credit Report

Whilst mistakes on your credit report can be common,...

Why do credit checks lower a credit score?

No clue about credit enquiries? Join the club If...

What’s the Most Efficient Way of Building Your Credit Score?

Building good credit: Where to start Good credit can... 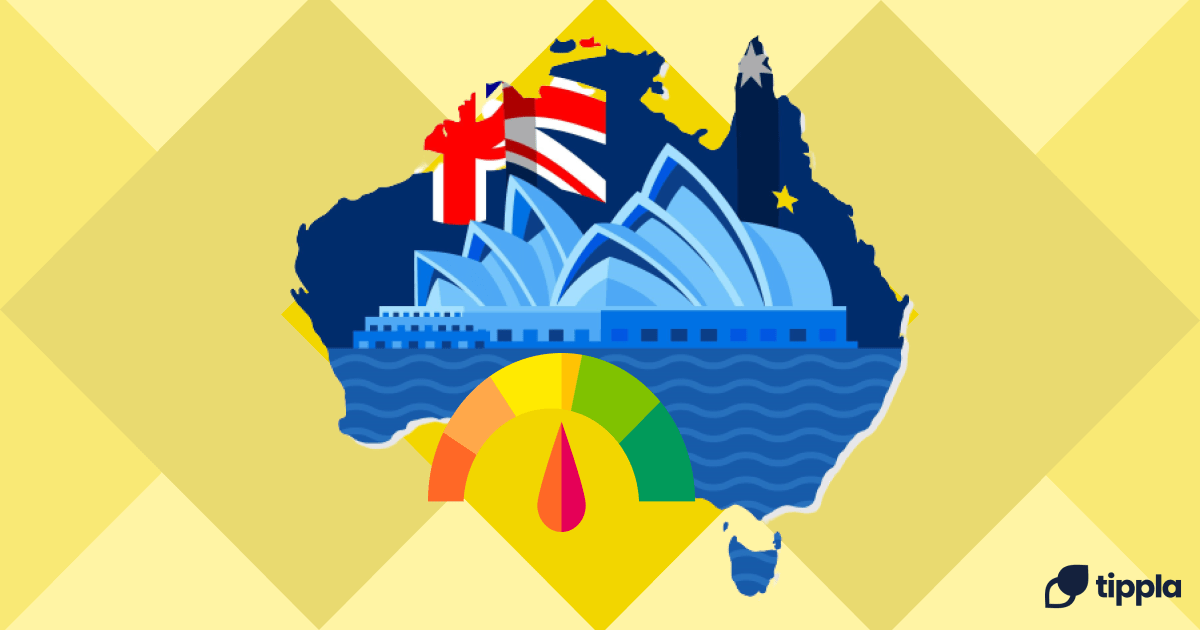 Credit Scores in Australia, How Do They Work?

Your credit score can have far-reaching implications for numerous...

Stay up to date with Tippla's financial blog

⚠️ WARNING: Do you really need a loan today?*

It can be expensive to borrow small amounts of money and borrowing may not solve your money problems.

Check your options before you borrow:

The Australian Government's MoneySmart website shows you how small amount loans work and suggests other options that may help you.

*This statement is an Australian Government requirement under the National Consumer Credit Protection Act 2009.